Why does humanity need world revolution? 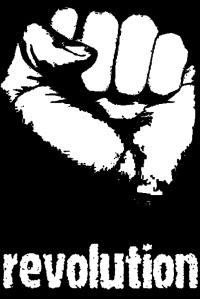 We live in a class society. For so long as it exists, there will exist competition and the struggle for power, looting and terror, big and small wars. Any attempts to get rid of all these calamities while preserving the foundation of class society - relations of property and management in which those productive forces that belong to me do not belong to another and vice versa and in which society is divided into managers and managed - are utopian and unrealisable.
But let us ask ourselves a question. Is it worth trying to get rid of these calamities? After all, people have been living in class society for nine thousand years. They seem to have grown accustomed to social alienation and all its consequences. Perhaps it is not worth our while to engage in risky experiments in the quest for some new way of life? To accept and live by the rules of the game that are now in force, and if you do try to change them somehow then only in particular minor details - that, you know, is safer than destroying the whole world of violence and building a new world in its place. What kind of new world exactly? And how is it to be built - in accordance with what models, by what means? And what for? Of course, many do not survive in this world. Many find life in it unbearable. But most adapt somehow and live - some better, others (the majority) worse, but somehow people get by. And what if the notorious new world turns out much worse than the old? What if humanity comes to ruin in its quest?