Immunity of the Rich and Powerful 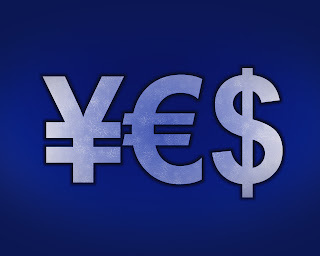 Money and power bring privileges of many kinds. Not just command over goods and services, labor and other resources, but also social deference and very often immunity to legal penalties. As they say, there is one law for the rich and another for the poor.
Let’s look at a few examples. Fraud is a good place to start.

Before going into politics in 2010, Rick Scott was CEO of the Hospital Corporation of America. In this capacity, he masterminded schemes to defraud Medicare of an estimated $7 billion. Without admitting guilt, he settled all claims against him by coughing up $1.7 billion, leaving him completely in the clear with over $5 billion in loot stashed safely away.
The voters of Florida rewarded Scott for his business acumen by electing him governor. He now has the power to decide whether to pardon any of the relatively small-time thieves languishing in the state’s jails. Under Florida’s Grand Theft Statute, unarmed robbery of just $301 (under one 20-millionth part of what Scott stole) is a felony punishable by five years in prison.
For years the big U.S. banks have expedited, with full cooperation from the courts, innumerable fraudulent home foreclosures based on fabricated documents. The Obama administration does not intend to launch criminal investigations. That would be “backward-looking”. In fact, it would now be difficult to bring criminal charges because Congress has retroactively legalised many of the deceptive practices used. Negotiations are underway to set up a national compensation fund to avert legal actions at minimum cost.
Hit and run
This case also happens to involve a banker. I take it from Glenn Greenwald’s excellent book With Liberty and Justice for Some (Henry Holt & Co., 2011), pp. 101-103.
In July 2010, hedge fund manager Martin Erzinger was driving in Colorado when he swerved, hit a bicyclist from behind and sped away. The victim received serious injuries to the brain, spine and knee. Later Erzinger phoned to arrange repairs for his car, but did nothing for the bicyclist.
Hit and run is a felony in Colorado, but the district attorney charged Erzinger with a mere misdemeanor, which carries no jail time. He explained that he didn’t want to disrupt the banker’s professional work – namely, “overseeing over $1 billion in assets for ultra high net worth individuals” (Worth magazine).
Rape: a bipartisan pursuit
In a just published memoir (Once Upon a Secret: My Affair with President John F. Kennedy and Its Aftermath) Mimi Alford recounts how as a 19-year-old intern she was invited by JFK on a personal tour of the White House, during which he fucked her under circumstances that at least bordered on rape (though she does not call it that).
There is also considerable testimony of Bill Clinton committing rapes at various stages of his political career. The best supported accusation seems to be that of Juanita Broaddrick, a volunteer in Clinton’s campaign for governor when he was attorney general of Arkansas in 1978. Her account is corroborated by Norma Kelsey, a fellow volunteer who treated her swollen lip – a result, we are told, of Clinton’s bites. Broaddrick adds that Hillary not only knew about the rape, but intimidated her into keeping silent.
Many have alleged that the Clintons had close ties with organized crime in Arkansas. See, for instance: http://prorev.com/connex.htm and http://ireport.cnn.com/docs/DOC-469814.
As for rape, it appears to be a bipartisan pursuit. The actress Selene Walter has stated that Ronald Reagan raped her in 1952.
Conspiracy of silence
In spring 1994 Yorkshire Television sent a team of investigators to Nebraska. The result was a documentary entitled Conspiracy of Silence, which was scheduled to be shown on BBC and in the U.S. on the Discovery Channel (it was announced in TV Guide Magazine). However, high-level pressure on the television producers culminated in “unknown persons” purchasing all rights to the program and ordering all copies destroyed. Somehow one copy survived, and the documentary can be viewed on YouTube (http://www.youtube.com/watch?v=ggxiBWv4xYE).
What were the revelations that the powers that be were so determined to suppress?
According to the documentary and other sources (such as John W. DeCamp, The Franklin Cover-up, 2nd ed., AWT Inc., 2011), in the 1980s Lawrence King and other Republican Party officials had kidnapped teenage boys and girls, some aged 15 or younger, or else bought them from orphanages – in particular, Boys Town, the brainchild of a Catholic priest. They were allegedly pressed into sexual service at private parties attended by prominent businessmen, government bureaucrats, senators, congressmen and even (some say) President George H.W. Bush himself.
According to Conspiracy of Silence, when lawyers started collecting testimony from victims, they were persuaded to hand all their evidence over to the FBI. But the FBI did not pursue the case against the alleged perpetrators. Instead, they turned it into a case against the victims, who were browbeat into withdrawing their accusations and remaining silent. Otherwise they would be charged with perjury and end up in jail themselves.
Some victims stuck to their stories and were indeed jailed. According to the site www.franklincase.org, in 1991 Alisha Owen, then 21, was convicted of perjury and sentenced to a prison term of 9—15 years after describing past abuse at the hands of prominent local figures (including a District Court judge) as well as her experience as a drug courier for local businessmen. She spent two years in solitary confinement.
Two interpretations
Due caution obliges me to emphasize that there are two very different interpretations of these allegations. One interpretation is that Alisha and the other youngsters really were victimized, and then victimized again for speaking up. The other, official interpretation is that the whole story is “a carefully crafted hoax” aimed at maligning prominent, upstanding and respectable citizens. It is up to each of us to decide which interpretation we find the more plausible.
It is not easy to distinguish between truth and falsehood in these matters. As one of the investigators interviewed in Conspiracy of Silence observes, “if you can control the media, the justice department and the police, you can turn truth into falsehood and falsehood into truth.”
We are certainly fortunate to enjoy the “rule of law”, “freedom of information” and so many other civic rights in our “democratic” society.