The informer Boris Ikhlov at work 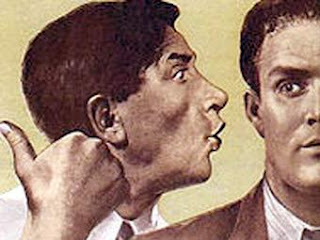 A collection of articles and letters that appeared in 2002 and is freely accessible on the internet contains a note about Boris Ikhlov,* who passes himself off as a left- wing activist but feels no shame in writing for Limonka, the periodical of the fascist National-Bolshevik Party.

Ikhlov still calls himself a leftist and – among other things – tries to maintain his old contacts with left-wing organizations abroad and also form new contacts. In order to understand what this entails for left-wing organizations – and, above all, for activists in the former Soviet Union who work with them and have the misfortune to encounter Ikhlov – it is worth taking a look at issues 4 and 5 (July 2002, pp. 3- 5; September 2002, pp. 5-6) of the Perm rag Svobodny vybor [Free Choice]. There you will find a long article by Ikhlov entitled On the Liberalism of Trotskyists and Stalinists, or the Stalinist-Trotskyist Essence of Liberalism.

Ikhlov says very little in this article about liberals or Stalinists. It consists almost entirely of a detailed list of international Trotskyist organizations and of those activists in the former Soviet Union who (according to Ikhlov) are in contact with these organizations. Not only does he indicate the full names of these activists and the countries and cities where they live; he also shows photographs of them and specifies in detail exactly what money and other assistance individuals have supposedly received and from which organizations. [Translator's note. It is now illegal in Russia to receive financial support from foreign organizations] In short, the article is nothing other than a detailed and enthusiastic denunciation – an informer's report.

The denunciation ends with the author expressing his indignation at how few Trotskyists have spoken up against the separation of Kosovo from Serbia, for Ikhlov is still upset at the disintegration of Yugoslavia and filled with rage against the Kosovo Albanians (this is clear from his publications, some of them recent, on the internet). Even Kusturica calmed down long ago, but Ikhlov, who has no ties with Yugoslavia, is still consumed by the pain of a Great Serbian nationalist. However, there is no cause for wonder: paranoid petty politicians can display much more monstrous forms of delirium.

The rag in which Ikhlov published his denunciation deserves separate attention. It suffices to look through the issues containing the denunciation in order to assess its political orientation.

On page 2 of issue no. 4 we find, in an article entitled Russia for foreigners and not for Russians?, the following:

The problem of "skinheads" is caused by the fact that foreigners, mainly from the Caucasus, and people of a certain ethnic affiliation similar to that of Nemtsov, have in essence seized hold of the Russian economy, especially trade and the banking and financial system.

In the same issue, a note entitled Main news for July:

News of the murder of the dancer Panfilov, a well-known representative of decadent art... While some people dramatically pull out their hair and cry crocodile's tears, others give quite definite expression to their view of Panfilov's so-called talents and orientation... It is heartening that the overwhelming majority of Russian men still prefer to love women, even if it be at the expense of 'democratic freedoms' and "universal human values".

In issue no. 5, an article on page 1 is entitled Leave Russia alone, Mr. Bukovsky!:

Since Vladimir Putin became president, this bloody mayhem of the state authorities has ended. The president is doing all he can to build a truly democratic society in Russia.

On page 4 we find an article entitled I cannot remain silent:

Russian politicians of a patriotic orientation arouse the special hatred of Mr. Averkiev... Mr. Averkiev has not scrupled to call Vladimir Zhirinovsky a fascist and with the rage of a fanatic has called upon the residents of Perm to 'fight the brown plague' supposedly carried by the Liberal-Democratic Party of Russia. In 1995 Mr. Averkiev casually pinned the label of "fascist" on the patriots from the provincial organization of the Russian National Unity movement.

And so Ikhlov began by writing for the publication of the National-Bolshevik Party, which though fascist at least pretends to be left-wing and is in opposition to the ruling regime, and then went on to publish his denunciation in an openly Nazi and pro-Putin rag. This is all the more shameful considering that this rag, as we saw at the very start of our brief survey of its contents, is anti-Semitic. And yet Ikhlov, himself a Jew, is not ashamed to write for it. Perhaps this masochist simply enjoys licking the arses of anti-Semites? Or is he envious of the laurels won by Zhirinovsky, who is praised even by some anti-Semites (like the editors of Free Choice, as we saw above), and Boris Ikhlov also wants to take pleasure in the praise of Judeophobes?

And yet Ikhlov continues to seek contacts with Western leftists, to insinuate himself into the trust of more and more organizations and activists who have not yet had the misfortune of encountering him – and to collect information for new denunciations.